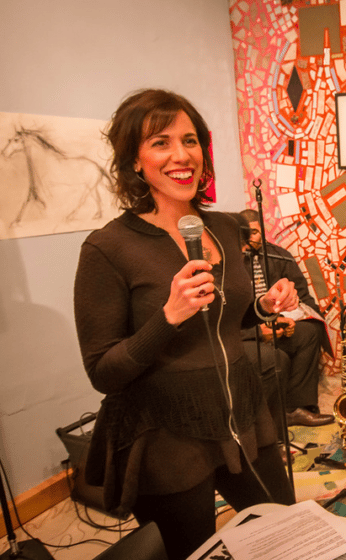 Danielle DiLeo Kim was set on a Montessori education for her children before they were born. In fact, she visited a neighborhood Montessori school when her daughter Sylvia was just three months old and what she saw and heard confirmed impressions formed during her undergraduate architectural studies.

It seems that Montessori practitioners and architects have a lot in common, starting with a reverence for the environment. Danielle’s architecture courses included studying photographs of Montessori schools designed by prominent Dutch architects and it spawned in her an interest in Maria Montessori’s pedagogy.

But when it came time to enroll Sylvia at an area Montessori school, the Kim family learned her bright and curious toddler had been wait-listed.

Most moms would have shrugged, found another school for their child and gone on with their life. Not Danielle.

By the spring of 2010, she had recruited a small group of parents and neighbors — some of whom didn’t even have children yet — to start their own Montessori school.

In April they made their first hire, teacher Theresa Lipinski, who had a strong reputation in the Montessori community. “Once we had Theresa, it made it a lot easier to recruit families,” Danielle said.

Clementine opened in September with 15 children, including Danielle’s daughter Sylvia, who wasn’t even 3 yet.

Danielle believes the school’s origin as the dream of a group of parents is its major strength. “None of us were every going to be the Head of School. There is no founder’s legacy.”

In some ways, Danielle said, the school’s beginnings are reminiscent of our country’s birth story. “We are ‘of the parents’ in the way that America is ‘of the people.’ ” The school’s legacy is the community which supports it and the goal is to always have a board committed to Maria Montessori’s principles.

Struck by her own comparison to America’s founding, Danielle couldn’t help but laugh when she recalled that the board signed the lease with St. Clement’s Church for the school space on July 4, 2010.